Cannabis Could Tip The Scale In Wisconsin

Republican Senator Ron Johnson is one of the biggest prohibitionists in Congress and last night, reform supporter Mandela Barnes won the right to take him on in the November election.

Not only that, voters in at least a half a dozen cities and counties will be voting on cannabis measures in Wisconsin.[1]

I don’t need to tell you how crucial control of the Senate is for marijuana reform and every other aspect of public policy – and it all could come down to the Badger State!

Join us in supporting this critical race by splitting a contribution with Mandela Barnes so we can send Prohibitionist Ron into an early retirement.

BOWL PAC’s leading the fight for cannabis legalization because we know how vital this issue is for turning out voters. Through encouraging voters who had otherwise been less likely to vote to show up to the polls to support ending cannabis prohibition, they carry with them the strength and unity to shift the tides of entire elections.

Wisconsin voters are going to be voting on cannabis in a few key areas, but will they connect the dots that legalization is on the ballot in the form of their Senate race too?

This is a critical race for BOWL PAC and a chance for us to turn out activists throughout the state of Wisconsin— to support the referendum and end prohibition. Will you please chip in so we may maximize our impact in this critical battle ground state and beyond?

Check out this tweet from Barnes on 4/20/2022 that points out how cannabis sales will be monumental for Wisconsin’s economy and how it is (well past) time for legalization. 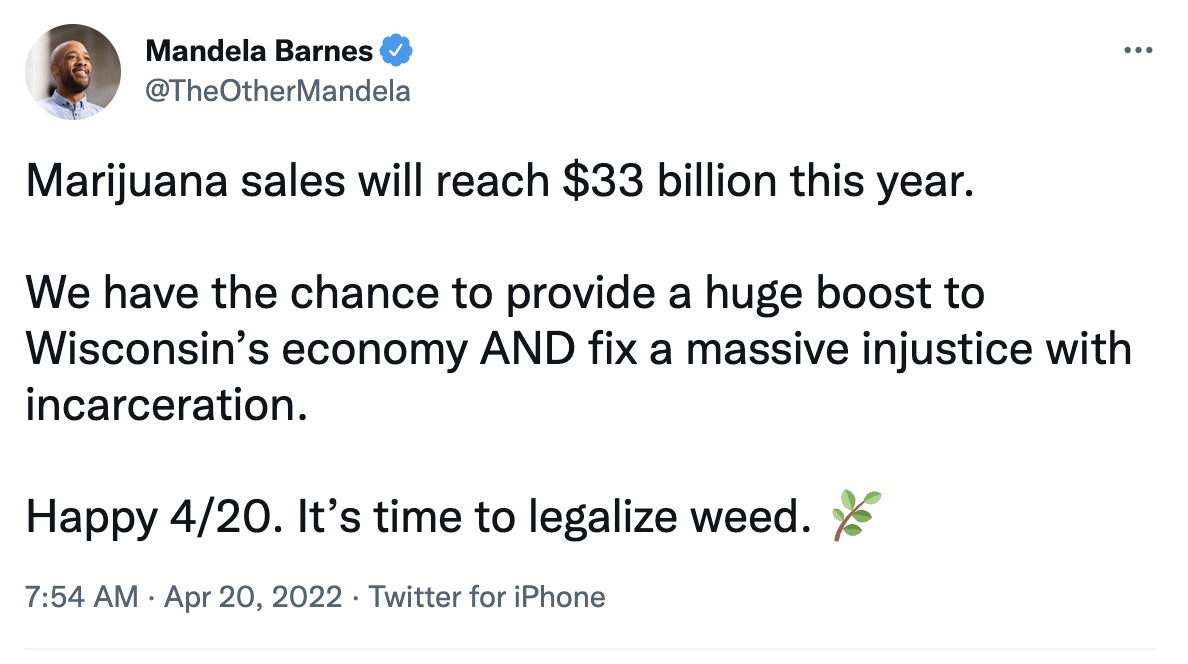 Supporting the cannabis initiatives AND Mandela Barnes’s candidacy for Senate is a chance to DOUBLE our impact in the state. Your contributions will make it possible for us to win both of these and so, so much more.

Thank you for helping us get this critical message out to voters in Wisconsin and for your continued activism.